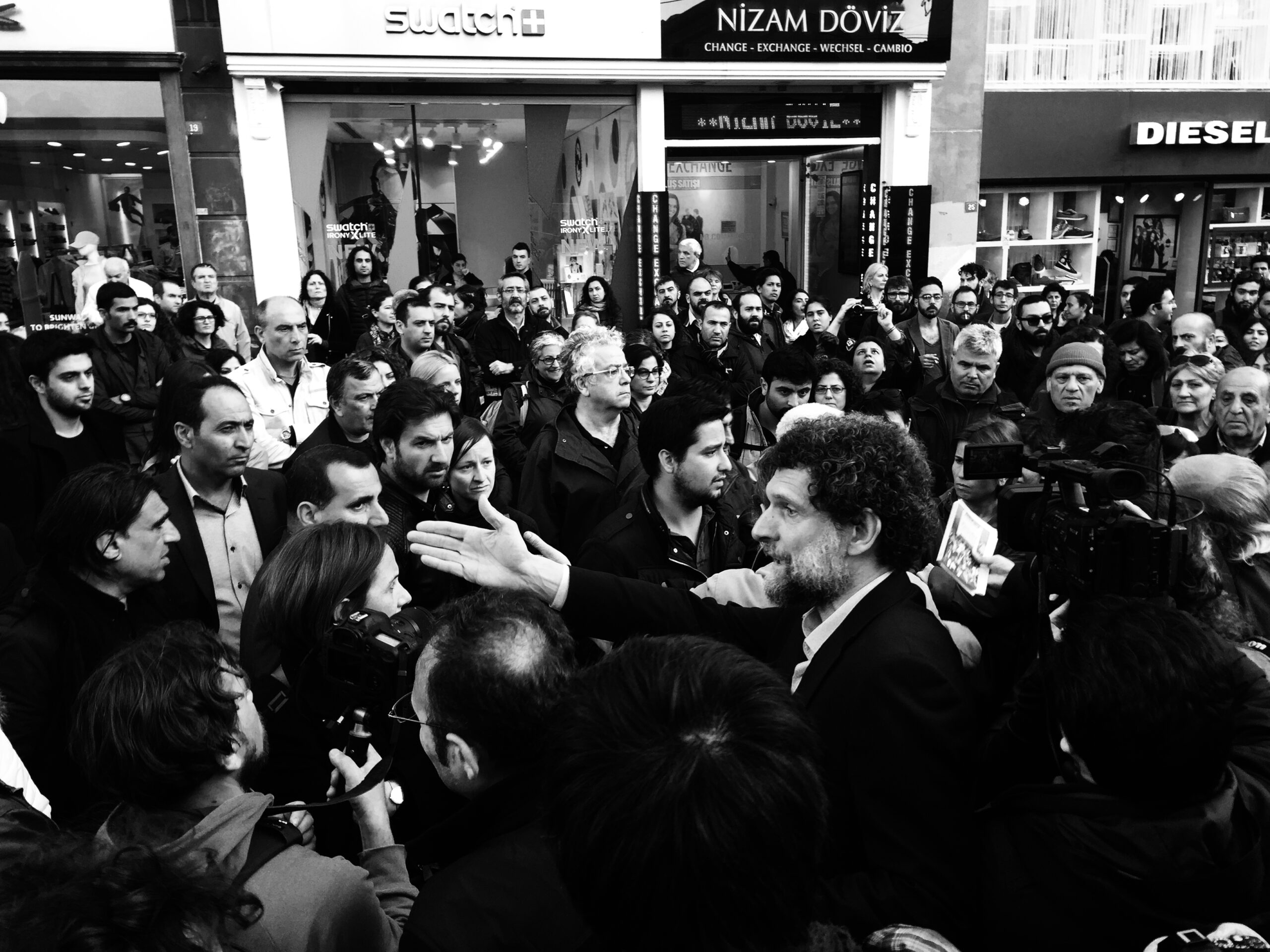 This case is the last straw that broke the camel’s back.

The court’s decision to sentence philanthropist Osman Kavala to life imprisonment is the final drop that made the glass overflow. It is the end of hypocrisy. The real situation is unveiled.

According to President Recep Tayyip Erdogan, “Kavala is the Turkish George Soros” and the verdict is justified. By the same token, Soros deserves to be sentenced to life imprisonment! This is the standard of law and justice in present-day Turkey.

There is almost a universal consensus on what is going on in Turkey. “Universal” meaning the totality of democratic countries. Authoritarian regimes are indifferent to the decision of the Turkish court’s issue.

The situation is exposed beyond doubt, but the causes of these bizarre human rights violations are not really explained. There may be various factors that eventually culminate in this sham judiciary.

One reason may be the personal agonies of the strong man of the country. Kavala represents what he would like to be but would never be. Kavala is rich without being involved in disputed deals and frauds. He is a philanthropist that served the people without asking for any payment or a position/title in return. For example, he had the opportunity to have a good education, he became a self-confident intellectual, and most importantly, he is respected worldwide.

Kavala’s existence poses a challenge to his opponents/opposites; his example is experienced as defiance by his insecure rivals.

Another reason is more obvious. Kavala’s imprisonment in spite of the decision of the European Court of Human Rights is a message. It says: “Do not rely on court decisions and the like! I am above these restrictions and the law. It is me who will eventually decide. Watch this case and despair; see who is in command and obey!”

As the presidential elections are approaching, the image of the single strong man needs to be reconfirmed. Challenging the Western World is a productive way of doing it. Refusing Western values also sounds flattering to nationalist voters. This show of power is a kind of electoral campaign.

The condemnations of these practices by the “Western World” do not have a negative effect on Erdogan within his own country. On the contrary, the more the Soros-like “foreigners” criticize these practices of Turkey, the more the thesis “the West has prejudices and malign intentions vis-à-vis Turkey” is proved anew. Condemnations promote ill-doings rather than minimizing them.

On the other hand, the harm done to the image of Turkey and the loss of credibility of the country due to these scandalous court decisions are balanced by tactical political moves. Efforts are exerted to improve relations with countries that, until yesterday, were markedly characterized as enemies of Turkey, such as Israel, Egypt, the United Arab Emirates, Saudi Arabia, Armenia, the USA, France, etc.

The balance sheet seems strong for Erdogan. His messages are operative within his country, the condemnations of the West act as a confirmation of his anti-Western theses, and his political balancing maneuvers in the international arena have a soothing effect on the Western politicians.

The price of the shortages in Law and Justice is paid by their victims, that is, the losers in this construct; the Turkish citizens who laid their belief and trust in democracy. Persons like Kavala feel abandoned and even betrayed watching the reactions that cannot go beyond words. The condemnations look like the fig leaves of the West.

In the long run, it is highly probable that democracy will prevail in Turkey. It is also highly probable that the remorse due to the West’s reluctance to act decisively in favor of the Turkish citizens during the time they needed Western support will last many decades as well. It is this kind of half-hearted hesitant attitude that feeds skepticism vis-à-vis “Western values.”
The reluctance to apply sanctions against the Turkish regime is interpreted – by the victims, of course – as tactics of double standards when the Western interests are at stake. As long as Turkey aligns militarily with the West, democracy is not an issue of concern! This is the feeling of those imprisoned because they believed in an “open society,” as defined by Soros.

It is ironic that the same people who feel that by “saying something” against authoritarian regimes have done what is expected from them are also surprised when they see that the masses express their mistrust of European democratic values. It is natural that the situation of human rights violations is experienced with a different psychological interpretation by an innocent person who has been imprisoned for more than four years in a cell, expecting something to be “done” by the so-called democratic world.

In short, the Kavala case has repercussions beyond a Turkish citizen. The values that the many believed to be Europe-wide are at stake.

Previous article
Is the Key to Russia’s Victory Hidden in Ensuring Air Superiority in Ukrainian Airspace?
Next article
A Review of RAND’s 2020 Turkey Report from a Civil-Military Relations Perspective