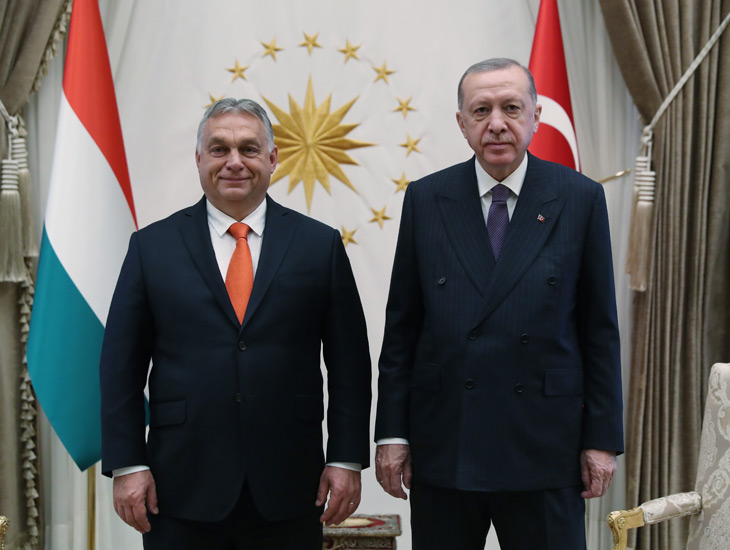 Back in the early 2000s, the AKP looked up to Europe as an example for Turkey to follow.  The EU’s benchmarks set for political conditionality in the country were aspiring to clear in order to qualify for membership.  Established democracies in the West offered a model for Turkish institutions and society to emulate in order to cement civic rights, pluralism, and accountability. Sadly, that moment in Turkey’s political history did not last long.  In time, the tune in Ankara changed.  We all remember vividly Erdogan’s philippics against core European countries such as Germany and Netherlands circa 2017-18 when his ministers were banned from campaigning there in the constitutional referendum and the subsequent presidential and parliamentary elections.  The narrative was that it is Turkey that has “an advanced democracy” whereas Europeans are all about double standards, Islamophobia, voter suppression, and whatnot.

It is more than certain that Europe- and West-bashing will come back in fashion in the coming months, as Erdogan and his party gear up for a crucial vote in June 2023. At the same time, recent elections in the EU no doubt convey key lessons to both the Turkish government and the opposition.

Hungary is perhaps the most pertinent case.  On May 3rd, Prime Minister Viktor Orban secured an unprecedented fourth term in office with his party Fidesz taking little over 52% of the votes.  Neither the momentum behind the united opposition nor turbulence in the economy, much less criticism by EU institutions and other member states and their leaders, could do much to remove Orban.  Having been in charge of Hungary since 2010 (and before that in 1998-2002), he is hands down probably one of the most influential politicians in Europe these days.

What Turkey should pay attention to and keep in mind is how Orban pulled it off.  Basically, he used the advantages of incumbency to the fullest.

First of all, the government made sure that the message of United for Hungary, the large-tent opposition coalition headed by Peter Marki-Zay, a conservative politician who had once been in Fidesz, did not reach the grassroots.  Marki-Zay received as little as five minutes of national airtime.   Whether directly or through his business clientele, Orban dominates all major TVs and print media which depends on the state’s generosity.

Second, he has redesigned the electoral system in ways that favor Fidesz.  Hungary has always had a mixed system with a nationwide list and single constituencies.  The majority of MPs are elected from the single constituencies – in a single round. The first-past-the-post means that Fidesz can win only with a plurality of the ballots cast in a certain place.  That is why with roughly half of the overall votes, Orban attained a two-thirds parliamentary majority which enables him to alter the constitution. The same thing happened in 2018 when Fidesz actually won less than 50% nationally. In addition, Orban expanded the access to Hungarian citizenship and the right to vote to ethnic Hungarians in neighboring countries.  Unsurprisingly, they overwhelmingly voted for Fidesz.

Last but not least, the strongman of Budapest benefitted from the war in Ukraine.  Orban painted the opposition as warmongers, bent on dragging Hungary into someone else’s fight and harming ordinary citizens.  According to the pro-government propaganda, the United for Hungary bloc was not only plotting to bring George Soros back and promoting “LGBT ideology” but also doing America’s bidding.  By contrast, the prime minister defined himself as the candidate for peace and stability. Though Orban went along with the Western sanctions against Russia and welcomed Ukrainian refugees, he has made a show of opposing arms transfers to Kyiv in order to rally supporters.

It goes without saying that Turkey is not Hungary and there are obvious differences (Hungary is in the EU, the regime uses much less repression if at all, etc.). Yet it is hard to ignore parallels either.  For starters, Erdogan is facing off a joint opposition bloc that like in Hungary spans the entire ideological spectrum, from left to right.  In both countries, these broad coalitions made crucial gains at the local elections in 2019 capturing the major cities. In addition, long-term incumbency carries costs. High-level corruption and the abuse of power erode electoral support, especially when the economy is in tatters. The war in Ukraine does not make it easier for Erdogan whose popularity ratings are decimated by runaway inflation (61% year on year according to official figures and perhaps twice as high according to unofficial estimates by economists).  In Turkey furthermore, we have parts of the AKP’s socially conservative base defecting to the DEVA and Gelecek parties as well as to the Felicity (Saadet) Party, which are in the anti-Erdogan camp. Similar to the splinters from Fidesz threatening to steal votes from Orban.

We have no way of knowing whether Erdogan or those around him are watching Hungary and drawing lessons. But in case they are, there are at least several points that come to mind.  The first one is that what happens on election day is of secondary importance compared to what happens in the time ahead.  Electoral or competitive autocracies need not rig the vote but simply tilt the playing field to disadvantage opponents of the regime. Media blackouts and smear campaigns as well as the use of state resources to bolster the governing party, from billboards paid for by the budget to municipal buses ferrying around party members to welfare handouts, are standard tricks of the trade.  Turning up Turkish voters in the diaspora – with their numbers in Europe in the region of 3 million – could be crucial in a neck-and-neck race.  Packing institutions whose job is to monitor and sanction dubious practices with party loyalists – especially the Supreme Electoral Commission and its local branches and/or the judiciary – is also a must for “illiberal democrats”. Turkey has a long and distinguished record on all of the above and the next electoral cycle will make no exception.

Erdogan redesigned the electoral rules. The Grand National Assembly already revised the threshold required for parties to enter parliament from 10% to 7%, a move that benefits the Nationalist Action Party (MHP) allied with AKP.  There might be further – far more controversial – changes whose objective is to make sure the current president gets to keep his job beyond June 2023.

Right now, the odds seem to be stacked against Erdogan.  His popularity is at a historical low. That was not the case of Orban – or indeed of Aleksandar Vucic, another friend of the Turkish leader, who won a new presidential mandate in Serbia, again on April 3rd. The opposition seems to be going from strength to strength, with a six-party bloc being formalized in February. Though outside the bloc, HDP, the purveyor of the Kurdish swing vote, will probably back an anti-Erdogan candidate whatever the name. But a change in the Presidential Palace in Ankara is not a done deal. At the minimum, the current ruling elite will go to great lengths to maximize all of its advantages and undercut its competitors.  Though they have ample experience of their own in that regard and certainly need no outside mentors, there are unfortunately examples and precedents from within the EU as to how to undermine the integrity of elections.

Previous article
Can Strengthening Relations with NATO Encourage Democracy in Turkey
Next article
Is the Key to Russia’s Victory Hidden in Ensuring Air Superiority in Ukrainian Airspace?