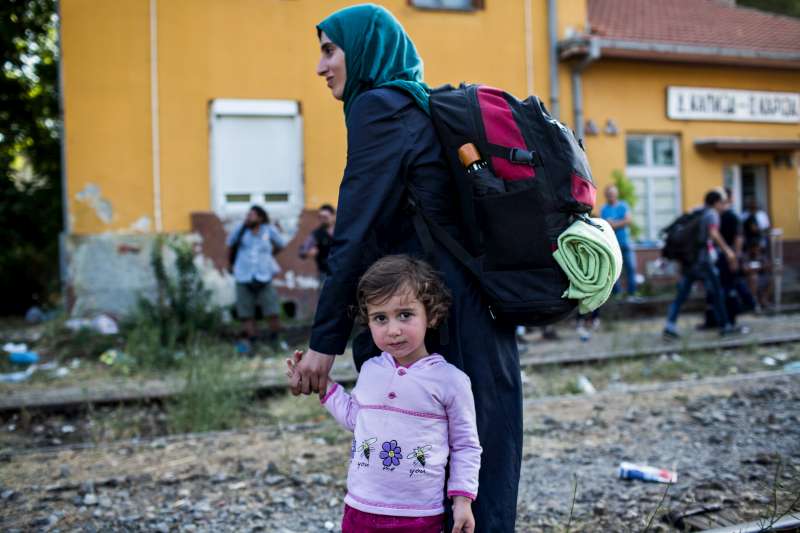 Refugees in Turkey are Becoming a Lethal Electoral Argument

An opinion poll dating back to August 2021 by one of the most trustful polling agencies in Turkey, Metropoll, was sufficiently alarming regarding the negative views of the Turkish public opinion vis-à-vis Syrian refugees.

Now, a few months later, the opinion must have been worsened as politicians, including the representatives of the regime, have been increasingly putting oil on the fire. As a consequence, it is no exaggeration to predict that within the very tense electoral period, under a totalitarian regime hostile to any protest, a growing economic hardship for households, deeply entrenched racism, and a widespread anti-refugee pogrom is in the making. As a matter of fact, during the past months, we have witnessed the first deadly “pilot projects” in the making.

Turkey’s so-called refugee policy is in total chaos and has grossly failed. The authorities have, at the beginning of the Syrian civil war in 2011, welcomed the refugees in line with their anti-Damascus stance. Back then, there was a national as well as international consensus on the necessity of a regime change in Syria. Countries hosting refugees, Jordan, Lebanon, and Turkey, were thus highly praised.

Ankara, however, quickly upended its initial stance to become a warring party in the civil war and to make maximum abuse of the refugee card against Damascus but also against Europe. Draft evaders of the Syrian Arab Army have been re-drafted to form the Syrian National Army under Ankara’s command. Moreover, tens of thousands of Sunni male refugees and displaced persons in the occupied Syrian territories like Idlib, al-Bab, and Azaz have been drafted to create a myriad of irregular jihadist groups, and almost all of them are listed today as terrorist groups by the UN Security Council. Not to mention Ankara’s openly vigorous support to ISIS during 2014-15 until the defeat of the terrorist group by the Syrian Kurdish Army.

Over the past ten years as the war has dragged on, due obviously to the military involvement of Ankara, Syrian refugees couldn’t repatriate and had to dig in and settle in Turkey. Statistics give the figure of 700.000 Syrian babies born in Turkey. Refugees, although in a legal limbo as Turkey doesn’t grant refugee status to those who arrive from the global south, have managed to make a living in Turkey, actually creating companies, jobs, and generating taxes. In that sense and contrary to the assumption, they are far from constituting an economic burden. Moreover, Ankara has been receiving EU funds since 2016 in order to cater for them by regularly inflating its own refugee care and maintenance expenditures.

Today, the fate of Syrian refugees, together with a cohort of irregular migrants from other countries, has become an electoral issue full of passion, fake news, and utter ignorance. The Turkish consensus is for their return without having the slightest idea on how this return would take place. No one heard of “voluntary repatriation in safety and dignity when the conditions in the country of origin allow,” as stipulated by international humanitarian law and practice. Technically though, it would be very difficult to organize the mass deportation of millions of people unless by military force. Bearing in mind Western Europe’s vast tolerance towards the Turkish regime, this option still remains as an option.

On the other hand, Turkish refugee-haters are incapable of making the link between the protracted stay of refugees in Turkey and the military involvement of their government, which obviously prolongs the civil war and negatively affects the conditions for a safe return and repatriation.

Similarly, people disregard the fact that regardless of identity and origins, refugees and migrants carry a bleak fate. The status of being a refugee or a migrant directly correlates with one’s country’s human rights record and ability to guarantee the rights of its citizens. The golden rule says: no living being migrates just for fun. There is always a social, political, or economic reason that forces people to leave the place where they were born.

A refugee is someone who, in a legal sense, has lost the protection of his/her State. His/her life and property were at risk. But in the country of asylum, the lack of proper legal protection necessarily turns refugees into easy targets of hate in the societies that host them. A part of the Turkish opposition, which is fed up with the totalitarian regime but feels powerless to replace it, has been thus cowardly directing its negative energy toward Syrians in order to relieve pent-up frustrations.

Finally, a closer examination reveals that Turkey has been receiving and producing refugees for centuries. Recently, these mass movements have not been entirely external. Internal migrations in Turkey have left very few people living in their regions of origin. Following the decades-long demise of agriculture in Turkey, the whole country has become a community of migrants packed in cities’ shanty suburbs. A community without roots, memory, or history.

Let’s also not overlook the State of having lost the protection of one’s own government through the lens of Turkey in the last few years. The unprecedented violations of the rule of law, which began in 2013 and peaked with the obscure coup d’état of July 15, 2016, have resulted in millions of citizens (including the families of victims) who have lost the protection of life and property that the Turkish government is supposed to provide.

Victims of executive orders, who were summarily fired from the bureaucracy, academia, the judiciary, the military, and who were condemned to civil death, perfectly fit the definition of a refugee. These new refugees add up to the “traditional” refugees originating from Turkey, namely Kurds. Foreign intelligence evaluates the overall departures, which include various groups, to around two million since July 2016.

All in all, citizens of Turkey who are looking for ways of getting rid of Syrians and other destitute groups are themselves refugees and migrants, be it outside or in the country.