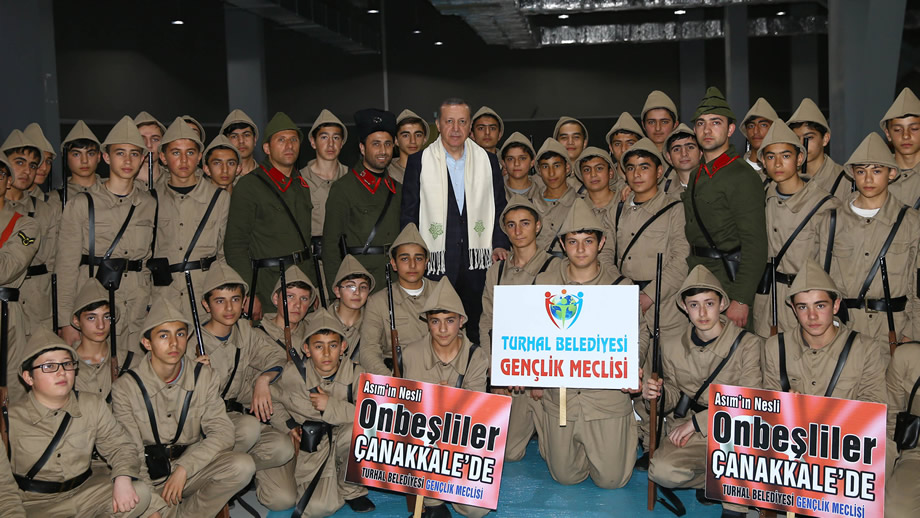 Can Erdogan return to Democracy?

Putin’s defeat in the invasion of Ukraine is about to result in the collapse of the Russian pole in the multipolar world and the weakening of the EU pole in favor of the US. Recep Tayyip Erdogan was using the EU, and primarily Russia as a balance of power against the US, which he perceived as a threat to his political power. With the countering side of the scale emptied, Erdogan will have to get closer to the US. On the one hand, Erdogan is trying to impose his current autocratic regime on the US in return for using the advantages of Turkey’s geopolitical position in favor of the US and NATO. On the other hand, he has accelerated the mediation work between Ukraine and Russia in order to prevent Russia from being pushed out of the equation by getting a great defeat from the occupation of Ukraine.

The invasion of Ukraine, which Putin began on February 24, 2022, did not progress in direct proportion to Russia’s expected military strength. Those who follow the war have seen that Russia does not have great military power, as was presumed, and that Ukraine is not so defenseless and weak, as many may have perceived. In fact, Putin’s threat to use nuclear weapons and the Bucha massacre show that his conventional power is also below his anticipations. Even if Putin appears to win the Ukraine war and handles a peace treaty, he will lose his position in the picture of a multipolar world.

In the previous article, I mentioned that Putin supports the establishment and maintenance of authoritarian regimes around Russia, thus protecting himself against threats from democratic regimes. I also stated that Erdogan built an authoritarian regime with the support of Putin in foreign policy and Eurasianists (Russia’s influence agents in Turkey) in domestic politics.

The loss of Putin’s position in the world’s balance of power also means that Erdogan will lose the backing of Putin. For this reason, Erdogan wants Putin to come out of the Ukraine invasion with as minimal damage as possible and to remain in an influential position in the world’s balance of power, even if it has decreased. I think that the support of Bayraktar to Ukraine is due to Erdogan not foreseeing such a war. Nevertheless, this situation serves his goal at the end of the day.

In the Great War, the Ottoman Empire entered the war as Germany’s ally. In 1915, the Ottoman Empire defeated the British and French navies, which were trying to deliver military aid to Tsarist Russia, which was fighting with Germany in Çanakkale. When Tsarist Russia could not get help, the Bolshevik revolution took place, and Soviet Russia was established. Although this situation caused relief for the Turks in the short term, it caused them to feel the threat of Soviet Russia on their neck in the long run. Thus, the Çanakkale Victory turned into a Pyrrhic Victory and brought other threats.

Erdogan,  a century later, is faced with a similar equation. Is a victorious Putin or a defeated Putin better for Erdogan? I guess neither. A victorious Putin could reopen some files that were put on dusty shelves, such as the downing of the Russian aircraft or the killing of the Russian Ambassador in Ankara by the Turkish Police, and completely take Erdogan as his prisoner. A defeated Putin will lose his weight in the world’s balance of power, and in this case, Erdogan may have to abide by the absolute hegemony of the USA. This situation will force Erdogan to conduct democratic reforms, ultimately leading to his suicide.

With the current equation, Erdogan is fighting for Putin, who is weakened and maintains his position in the world’s balance of power. This goal is the essence of the negotiations between Russia and Ukraine in Istanbul.

Political Science Professor Müztazer Türköne, in his article for Ahval News, stated that: “The Ukraine War will result in the rise of US hegemony again. Even the EU cannot resist this status, while Turkey seems to have no room for action. In Libya, in the Eastern Mediterranean, in Syria, In Azerbaijan, there is no longer Russia as a balancing factor behind Turkey, which resists the West, and it is challenging to stage a one-person play in this geography.”

Yes, it is almost impossible for Erdogan, who does not reconcile with Biden, to resist the US hegemony without Putin’s support. Both the Justice and Development Party and the opposition Good Party ​​have already started to clean up the territory by sweeping away the Eurasianists among them in preparation for the US hegemony. However, are all these developments preparing for fundamental reform or are they just a sham?

At a time when the world’s eyes and ears are on the Ukraine War, the new election law passed by The Grand National Assembly of Turkey on March 31, 2022, shows that the government does not intend to restore Democracy. This law, which means the total demolition of the principle of “free and fair elections”, which is critical for Democracy, also shows that the government intends to strengthen authoritarianism.

While the elections in Turkey are coming, on one hand, the closure lawsuit for the Peoples’ Democratic Party, one of the opposition parties in the Grand National Assembly of Turkey, continues, and on the other hand, the immunity of the Peoples’ Democratic Party Deputies is lifted, and the political opposition is rendered immobile by the judiciary. Free and fair elections are also prevented in this way.

More than 50,000 political prisoners, especially civil society activist Osman Kavala and the Peoples’ Democratic Party ex-leader Selahattin Demirtaş, are still in prison, and this number is increasing day by day, showing Erdogan’s democratic performance. The prosecution of almost all journalists critical of Erdogan and the arrest of hundreds of journalists show the level of freedom of speech and freedom of the press in Turkey.

Since it would exceed a whole article to just write the titles of the lawlessness and corruption in Turkey, we have to ask this: When Erdogan turns to the West again, will the US and EU accept Erdogan as an authoritarian leader who has committed undemocratic practices, including stealing elections? Or will it force Erdogan to return to Democracy?

Turkey’s economy is currently facing the risk of collapsing due to Erdogan’s misapplications and colossal corruption. Although the economic effects of the Ukraine War have not yet fully manifested themselves, difficulties have already begun in accessing some essential food products in Turkey. High inflation, increasing unemployment, and increasing food prices have already turned into a national security problem. Erdogan’s attempt to re-establish good relations with neighbors to overcome economic problems or take an active role in NATO should not be perceived as a return to Democracy. These efforts are attempts by Erdogan to impose himself, in his authoritarian form, to the West.

The economic crisis in Turkey and the lack of Putin’s support means the ships run aground for Erdogan. In this case, Erdogan will, of course, turn more towards the West. The real question is whether the US will force Erdogan to reform democratically again. This force is directly related to the US’s belief in Democracy. I think Biden, who hosts the democracy summit, will do what is expected of him. As he has stated before, he is to guarantee the change of political power by supporting the democratic opposition. Otherwise, the return to Democracy under the ruling of Erdogan is unimaginable.